Yuvraj Singh is not celebrating his birthday, distanced himself from his father’s statement 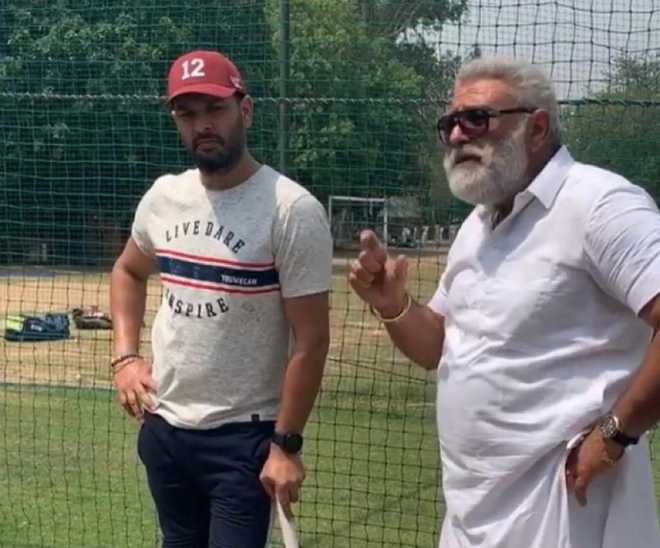 Former all-rounder Yuvraj Singh (Yograj Singh), the hero of victory in the 2007 ICC T20 World Cup and again in 2011 ICC World Cup, is turning 39 on Saturday. This time, Yuvraj is not celebrating his birthday. He has also revealed the reasons for not celebrating the birthday.

Yuvraj wrote a special message for his fans on Twitter on his birthday. He wrote, “Birthday is an opportunity to fulfil any wish or desire and this birthday rather than celebrating I only wish and pray for a swift resolution of the ongoing talks between our farmers and our government.” He said, “Undoubtedly, farmers are the lifeblood of our nation and I truly believe that there is no problem which cannot be resolved through peaceful dialogue.”

Yuvraj also distanced himself from the controversial statements of his father Yograj Singh which he gave during the protest this week. He said, ” As a proud Indian, I am indeed saddened and upset by the statements made by Mr Yograj Singh. I wish to clarify that his remarks have been made in an individual capacity and my ideologies are not the same in any manner.”

Yuvraj said, “I also urge everyone to continue taking precautions to fight against Covid-19. The pandemic is not over yet and we need to continue to be careful to defeat the virus completely. Jai Jawan, Jai Kisan! Jai Hind”

Significantly, a few days ago Yograj Singh arrived to support the Farmers Protest. During this, he also gave a speech, in which he forgot the dignity of words. According to reports, he used the word traitor for Hindus. Yograj had said, ‘These are Hindu traitors, a hundred years of slavery of the Mughals’. Not only this, but he also made a controversial statement about women, after which there was a lot of anger against him on social media. #ArrestYograjSingh was trending on Twitter.

The post Yuvraj Singh is not celebrating his birthday, distanced himself from his father’s statement appeared first on Headlines of Today.